As may be evident from the prior five steps, the entirety of the AA’s Twelve Step program is about uncovering, discovering, and discarding what no longer works in our lives.

If you have been honest regarding the fourth and fifth step, you have a hell of a lot to get rid of.

For starters, AA’s Step Six is first and foremost a pep rally for God.

If you prefer to call it something else such as Higher Power, Spirit, Being, or Nothingness that is perfectly acceptable.

In my opinion it’s just the highest good that can be conceptualized. Then, in theory, that which we seek to embody via our lifestyle. But I literally complicate everything.

My head is not a safe neighborhood.

Bill Wilson referred to it as a moral “perfection” that we mobilize our life towards – it sounds like a tall order but his reason is threefold:

“Therefore, it seems plain that few of us can quickly or easily become ready to aim at spiritual and moral perfection; we want to settle for only as much perfection as will get us by in life, according, of course, to our various and sundry ideas of what will get us by. So the difference between “the boys and the men” is the difference between striving for a self-determined objective and for the perfect objective which is of God.”

“So Step Six…is A.A.’s way of stating the best possible attitude one can take in order to make a beginning on this lifetime job. This does not mean that we expect all our character defects to be lifted out of us as the drive to drink was. A few of them may be, but with most of them we shall have to be content with patient improvement. The key words ‘entirely ready’ underline the fact that we want to aim at the very best we know or can learn.”

What More Is There To Say?

So the steps have thus far been geared towards developing the best possible attitude for life change. This is what I term “the shift” and step six is the readiness to sustain this shift.

Keep it simple. There are multiple ways of looking at something, just change your position to see it differently.

I have never piloted an airplane per say, but I am confident in my competency and proficiency as a wingman in Microsoft Flight Simulator. So, ipso facto, I’m sort of a pilot.

Glad we got that out of way…

So one day while I was manning the yoke I pondered the many different elements that existed in the cockpit. So many instruments, so many gadgets…they make it seem far too easy in the movies!

One instrument, however, caught my attention – the “attitude indicator.”

It’s a spherical instrument with two hemispheres – north and south – mimicking the atmosphere. The top half represents the sky (blue), and the lower the earth’s surface (brown).

It’s used for landing purposes. It enables the pilot to evenly land the plane on the earth’s surface.

Specifically, it DETERMINES THE ANGLE OF APPROACH.

If you were to do a quick spot check inventory and examine your inner attitude indicator, what would your angle of approach look like?

Or nose dive in the tree’s?

Attitude Is Synonymous To Position

When I refer to position I’m describing this concept, that is, one’s angle of approach.

To make my point, let’s harken back to our boy Copernicus.

Copernicus held a heliocentric position, respectively. This just means he was adamant about the sun being the center of our universe. Many of his peers, however, did not share his sentiments.

The earth however as the center of universe failed to meet the litmus test – it could not withstand the rigor of scientific scrutiny. It led to an incoherent, dominantly irrational, and an overall nonsensical universe.

Yet, many stubbornly clung to it.

Their “better” judgment would not allow them to abandon their philosophical position. EVEN WITH EVIDENCE TO THE CONTRARY.

No one in Copernicus’s day would rationally deny that the earth-centered universe conveyed disorder and confusion.

All around life danced – at times as gentle waltz and others as an aggressive conga – in a seemingly harmonious order.

Yet, when one looked to the sky – from the position of the earth as the center – disorder reigned supreme.

What could one make of the incongruence?

All that is necessary is a slight shift in perspective from the earth as the center to the sun as the center and…waalaa, harmony happens.

No great and momentous moves – just a proper positioning to ensure movement is in the right direction.

Change your starting point, your position, your attitude, and harmony happens.

The 12-Steps attempt to achieve this shift – so do the work because “shift happens” (see what I did there?)

How Does The Step Six Of AA Play Out In Real Time?

The steps move one from a self-centered perspective where life looks bleak, hostile, and irrational.

To a chiefly people-centered (spirit-centered) perspective where life looks friendly, potential-laden, and rational.

The position, therefore, determines the “doing” because how we see the world will determine how we react to it.

Moreover, if life isn’t what happens to you but how you respond to it, then the importance of position becomes paramount.

The self-centered person will live much differently than the community-centered individual.

Just as Copernicus’s universe looked much different from his predecessors and this determined his scientific activity and conclusions; thus, the self-centered perspective will precipitate a wildly different lifestyle and conclusions about life.

Furthermore, his predecessors “did” astronomy but reached far different conclusions than he because they had opposing starting points – different positions.

Ultimately, what I am attempting to articulate is that you can “do” recovery the wrong way, by holding to the wrong position – the wrong attitude. If you hold on to that old self-centered position you’ll simply go through the steps justifying and rationalizing any conflicting data all along the way.

So, What’s The Right Attitude?

Consequently, the proper position or attitude is interpersonal in nature.

I make this claim for two reasons:

The basic idea is to live and rely on one another – in community, no matter how imperfectly this be.

Because every individual has a unique set of gifts, and each original in their contributions (See Article on Humility). Ultimately, we are all dependent upon one another – hence we are INTERdependent.

That’s how community works. It has two focal points: involvement and contribution. If you’re contributing but do not get involved you’re attempting independence. If you’re involved but not contributing you’re demonstrating dependence. Interdependence, however, requires both. Imperfectly people – which adequately describes every human being on the planet, require interdependence to thrive.

Sure, dependence and independence may allow you to survive. But they’ll never permit you to thrive.

Plus, if we were perfect we wouldn’t need each other, right?

Epicurus, a philosopher of Ancient Greece, believed transcendence or enlightenment was found in only one dimension of living: friendship.

In other words, a community of real friends was necessary to achieve self-actualization. Shout out to Abraham Maslow.

Accountability is a huge factor here.

It’s when peers refuse to allow you to be anything other than what your potential determines.

In A.A. it’s called, “loving you until you love yourself.” We must not be naive in thinking this is a solo mission.

Check out this pointed narrative of Moses; pay attention, the symbolism be though rich and telling can easily be missed with the rapid movement of the story. It’s found in the Bible in the book of Exodus 17:8-13.

“Then Amalek came and fought with Israel at Rephidim. So Moses said to Joshua, “Choose for us men, and go out and fight with Amalek. Tomorrow I will stand on the top of the hill with the staff of God in my hand.” So Joshua did as Moses told him, and fought with Amalek, while Moses, Aaron, and Hur went up to the top of the hill. Whenever Moses held up his hand, Israel prevailed, and whenever he lowered his hand, Amalek prevailed. But Moses’ hands grew weary, so they took a stone and put it under him, and he sat on it, while Aaron and Hur held up his hands, one on one side, and the other on the other side. So his hands were steady until the going down of the sun. And Joshua overwhelmed Amalek and his people with the sword.“

Even the most spiritual of men need a stone to sit on (which was provided by others mind you) and assistance in their life task (if your hands aren’t in the hands of others perhaps that is the reason you for your struggle).

Step Six is the willingness to mentally concede and live according to this narrative. Step Seven is the final decision and trusting God will guide the process. It logically follows that amends AKA restoring broken relationships is next on the agenda (Steps 8 and 9).

One More Analogy To Drive The Point Home

The Redwood Forest, who isn’t aware of these magnificently daunting skyscrapers of lumber?

I once heard that these trees are so enormous that they cannot support their size; in reality, they should simply tumble. Why? No root system can compensate for the sheer volume and mass. Yet, they stand…how?

The roots of every tree intertwine, lock, and support the weight of the tree next to it.  In this way, they all stand only in support of one other – the collective is just as vital and necessary as the individual. Just as the hands of Moses are only as powerful as the hands of Aaron and Hur holding them.

What’s odd is that the textbook of Alcoholics Anonymous doesn’t give us much to go on for the Sixth Step, which is why I argue that it’s largely propositional and a readiness to relocate to a permanent new position. The following is the literally the full extent of it text:

Do you concede with the above points? Is your heart committed and mobilized for progress?

You’re ready for the 7th Step.

“The long journey’s destination is to be found the very spot we embarked from.” (1) “Made a searching and fearless moral inventory.” We should … 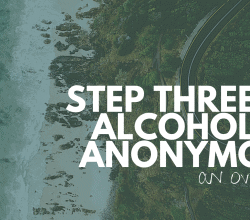 “Made a decision to turn our will and our lives over to the care of God as we understood Him.”  There it is. We’ve … 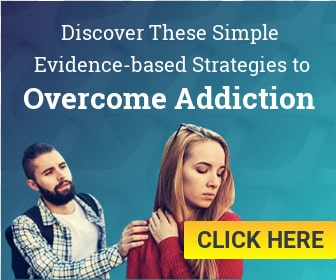 Subscribe to our mailing list and get puckish incoherent ramblings beamed to your inbox. Additionally, you will receive our celebrated (we celebrate it) short booklet titled, Three Sober Keys: Opening The Doors To Your Sobriety