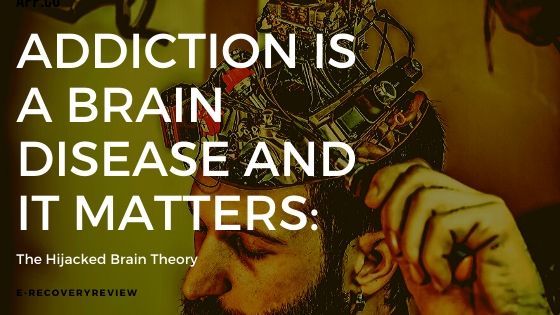 Addiction: It’s Not A Disease Because You’re An Asshole

The doctor walks in. Head burrowed to his chest, meticulously scanning the diagnosis before him.

Perturbed, he seemingly stares at the file as if it were staring back. Equally bewildered, the awaiting patient nervously inquires, “C’mon, already!”

The doctor promptly replies, “I’m sorry, but this cannot be correct; it can’t be heart disease because you’re an asshole!”

What Is The Role of Morality in Scientific Diagnosis?

Does something appear off to you?

Should morality in any form enter into a diagnosis?

Does not diagnosis belong to the scientist, and science, per Karl Popper, must be falsifiable.

falsifiable: able to be proved to be false

Therefore, is morality falsifiable or an unnecessary component in the scientific worldview?

The word “science” is derived from the Latin word scientia, which is knowledge based on demonstrable and reproducible data, according to the Merriam-Webster Dictionary. True to this definition, science aims for measurable results through testing and analysis. Science is based on fact, not opinion or preferences.

Is Morality Objective or Subjective? Is it a Fact or a Preference?

That morality is falsifiable indirectly is met with deep skepticism.

It cannot be objectively grounded in facts reached inductively via the scientific method.

If your heart is riddled with heart disease and this has been proven through testing and analysis i.e. the scientific method, then your moral choices have absolutely nothing to do with the fact of that diagnosis nor the concept of disease, at least not in the moral sense.

This, however, does not mean morality doesn’t play a role in treatment – it’s a crucial social component. Nonetheless, the opinion (moral judgment – designating an individual as immoral), must be separate from the scientific fact (diagnosis according to the proper scientific concept of disease).

Social conventions and/or religious standards determine moral responsibility. This sphere of understanding is outside the scope of the scientific method; it’s more philosophical or theological in nature.

Regardless, it bears repeating: the obligations to societal customs in no way precludes the fact of the disease. Again, what I am attempting to emphasize is that whether an individual is immoral or not does not enter into the facts of the diagnosis. Heart disease is present because measurable results through scientific data and analysis deem it to be. In like manner, addiction as a disease (per this concept) can be quantified.

Why Is The Disease of Addiction Often Denied on Moral Grounds?

I will address the moral issue of addiction elsewhere, this article is primarily about the scientific CONCEPT of disease. Moreover, it is about how addiction is a disease per the above concept; Regardless of how you may FEEL about the subject. Nonetheless, this is why the disease concept is often denied on moral grounds – because it ‘feels’ like a cop-out, it ‘feels’ like an injustice. Unfortunately, the scientific method cares little for personal feelings. So, chances are if you are arguing against addiction as a disease then you have an entirely different concept of disease then what science proposes.

Therefore, as you can see, the argument is over concepts; so what is your concept based upon?

“Many behaviors driven by addiction are real problems and sometimes criminal acts. But the disease is about brains, not drugs. It’s about underlying neurology, not outward actions.” (Dr. Michael Miller President of American Society of Addiction Medicine.)

===>LEARN MORE ABOUT THE DISEASE OF ADDICTION AND THE HIJACKED BRAIN – HIGHLY RECOMMENDED. 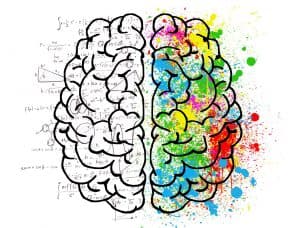 The brain is not dishonest even if the addict may be; the grey matter discloses all. It displays distinct features of a hijacked brain; a diseased brain. The scientific concept cares little about the moral decisions leading to the hijacking…the case is as closed as the concept.

P.S. The scientific method will yield far different results than a method which operates outside the parameters of the philosophy of science. So once more I’ll ask, “What concept do you argue for?”

For further exploration, into the subject, particularly if you prefer videos please watch the documentary Pleasure Unwoven by Dr. Kevin McCauley.
Dr. McCauley proposes that the ramification’s of addiction on one’s nuerobiology is such that the primitive midbrain starts to inform the prefrontal contrex rather than vice versa. If choice is centered and executed in the prefrontal cortex than the addict’s decisions are governed by instinctual impulse and survival. Something has gone awry which circumvents reason and rationality.

We struggle with the latter due to moral implications as mentioned earlier in the article. However, Dr. McCauley demonstrates just how the impaired pleasure construct reroutes the basic functionality of the brain, triggers the primitive midbrain to confuse the addiction with something necessary for survival, such as food or drink. Whether you agree with my limited initial assessment or not is immaterial, watch the documentary, then come share your conclusion.