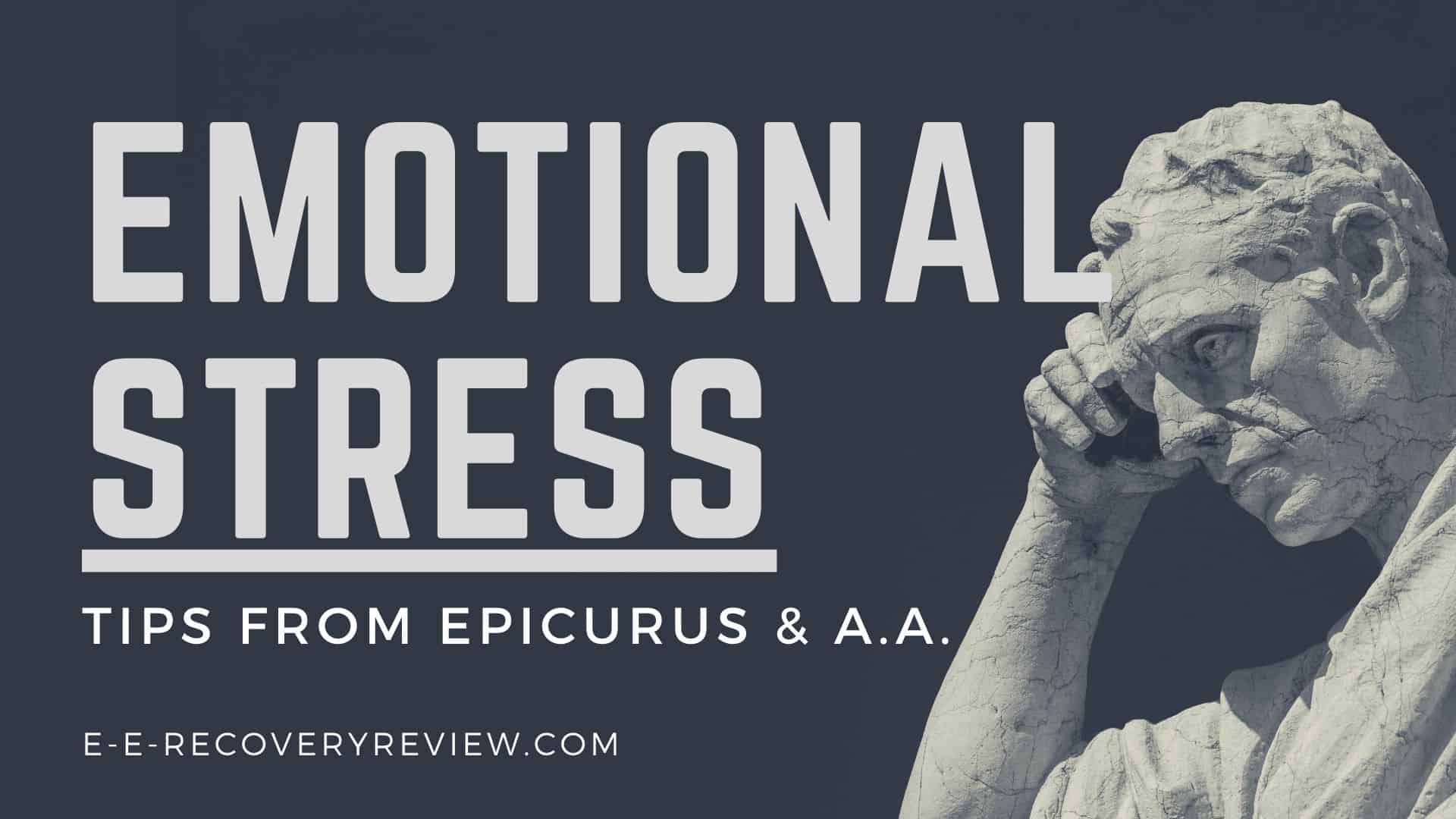 It would appear people have deviated from their roots. Imagine a plant uprooting itself and attempting to find new ground…certainly, this is not how it’s done. Nope, it is people that uproot plants. In like manner, its ideas that uproot people.

In this article, I want to explore the idea that initially was the thrust of human flourishing. And, I want to argue that not only is it the antidote to bad habits but, more than anything, the key to eliminating stress. Therefore, the crux of this post is to describe the process for managing emotional stress using ancient and contemporary methods.

So basically, this article can be captured in two main ideas:

Idea #1 – Giving back (community involvement) is essential for reestablishing purpose, meaning, value, and direction in life.

Idea #2 – We must consistently return to idea #1 if mental health is to be restored.

Relationships Are The Key To Health & Happiness

I recently listened to a brief lecture given by Psychiatrist, Robert Waldinger, regarding a Harvard study of psychiatry. The data represented the lives of approximately 700 men all of whom were studied over the course of a whopping 75 years!

The purpose was to understand what brings about health and happiness; what better way to make this discovery than to study individuals throughout their entire lives? No small undertaking for sure, but guess what they discovered?

That the most important factor in health and happiness is quality relationships.

Is this shocking? Do we really need scientific data to unveil what’s already been told to us ad nauseam for the last 2 ½ millennium?

So, humanity has roots that are deeply social, but that’s not all, we are incredibly volitional!

Epicurus, a Greek Philosopher of antiquity (3rd century B.C.), began what is perhaps the first of its kind – a commune.

Undoubtedly just the mention of that word brings to mind naked hippies, smoking hashish, eating organically (“if it grows from the ground man..”), and reminiscing on the greatness of Jerry Garcia. With a heavy heart, I admit this utterly misses the mark.

Consider that even the current adjective “Epicurean” means “a person devoted to sensual enjoyment.” Don’t get too excited though, it seems the commune was completely opposite. Even despite its philosophy being centered around hedonism.

Epicurus’s philosophy had two main tenets: virtue and pleasure. The latter forged the pieces of Epicurus’s hedonism, however, this wasn’t a throw-all-caution to the wind and gratify every waking appetite hedonism.

For starters, consider the four main Greek virtues that held it in check: “prudence, justice, fortitude, and temperance.  (Or if you prefer: wisdom, morality, courage, and moderation.)”

Obviously overeating, or getting drunk, or being mindlessly promiscuous failed to align with said virtues. Yet, human nature has a strong bent, by default mind you, to gratify ourselves until we are ungratified.

Ultimately, this pattern is what gave birth to the commune. Why? How could one circumvent taking pleasure beyond the parameters of virtue? A strong will and good friends.

Real friends help one another through accountability, this, in turn, affirms true identity and keeps one living consistent with virtue.

And there it is, volition (the will to live differently) and relationship (friendship with a common purpose) producing a higher quality of life and meaning.

Who would have thought the key to enlightenment was in friendship?

The Power Of Willingness

I’d argue therefore that the current and historical data suggests two primary factors contributing to higher quality and meaningful life: volition and relationships (since these two elements are necessary for purposeful communal involvement).

Let’s now begin a brief examination of the volition (the will).

Additionally, willingness is necessary for life change. I think this is obvious but underestimated in my opinion. I’d argue that willingness is so powerful that in effect once an individual becomes willing they’ve already changed. That’s the sheer force of the human will.

There is a caveat though, willingness without a relationship is only a quick fix.

I’ll provide an example using the story of Bill Wilson, co-founder of Alcoholics Anonymous, to crystalize my point.

Bill’s early sobriety was a trying time. He basically spent every waking minute trying to sober up other alcoholics.

He found this type of service work mitigated his obsession to drink and thus kept him sober. Nevertheless, it wasn’t simply the act that sustained him, it was also his willingness and intent (volition).

To illustrate, on one particular evening after a failed business endeavor Bill paced back and forth in the Mayflower Hotel lobby. Two thoughts bounced around like a chaotic pinball in his skull:

Even though the hotel bar was for all intents and purposes seductively calling his name, he decided if he were to survive, he had to find an alcoholic to help.

So, what was his course?

He used his volition to hobble over to the phone booth, pick up the phone book, and start calling hospitals, ministers, and anyone who could possibly direct him to a drunk.

Did he find someone?

He instead made contact with a woman who provided him with the name and address of an alcoholic, a man named Dr. Bob Smith. Unfortunately, the doctor was under the kitchen table; literally passed out from a day of boozing. With this information, however, Bill found a needy individual who could use his assistance once the morning came.

At any rate, a bizarre phenomenon occurred. Bill stepped out of the phone booth with no need to drink and here’s the kicker: he didn’t even get to help anyone; rather, he demonstrated the willingness to be of service and it acted as the service itself.

That’s the power of the volition!

“Service is not a position on a committee but a posture of the heart.”
– N.A. Basic Text

The desperate need to find and help someone for a quick “reprieve” from the drink soon changed to something more lasting. This is the power of a relationship with a common purpose. This is what service coupled with community can give birth to.

Bill and Bob ministered their message together, establishing a community, and forging for themselves new identities. Identities grounded in maximum involvement in their particular group.

What began as two men just trying to avoid “needing” a drink morphed into two men who were seemingly unable to drink. What a transformation!

The Power Of Friendship

I’m not downplaying the power of God as some of the 12-Step persuasion might deduce by my failure to mention a Higher Power.

This is easily resolved by viewing God as the force which binds us together – love, loyalty, passion, virtue, these qualities certainly cannot be scientifically evaluated so this naturally fits the bill.

Therefore, viewing friendship and the volition for communal involvement as the crucible which forged these qualities is far from nonsensical.

Furthermore, what was it that molded this power friendship? A common purpose.

And what was the common purpose? To help those still sick and suffering (community involvement).

What’s the implication? Those who are helping are no longer sick and suffering (the dynamic shift).

So one just goes from zero to hero? Well, those labels are ridiculous, but if growth is what is suggested then yes. Together we form the hero – if that makes sense.

Everything Has A Beginning

In order to help, one must first go through a boot camp of sorts – in Alcoholics Anonymous this is the 12-Steps which prepare one for service, however, this is done quickly and often to ensure maximum effectiveness.

What is this process in a nutshell?

A process of uncovering, discovering, and discarding that which keeps one self-centered and cut off from God and others.

A million processes such as this exist. Find one and gain knowledge of yourself; abandon that which keeps you from serving; begin to help (which simply means get involved!)

In any event, the group is necessary. Why? Could involvement exist outside of a group? That’s a negative Ghost Rider, the pattern is full…

Yes, my thoughts are sporadic. However, I think I’ve adequately demonstrated the power of service by individual volition (willingness) and a group (friends) with a common purpose (community involvement).

Not only does this produce happiness and health, but it can also revolutionize your existence by evaporating self-imposed stressors.

The question remains: are you ready for the revolution?

Contents1 Is Addiction Motivational Or Volitional?2 Let’s Stop Being So Myopic3 Maybe The Argument For Choice/No Choice Is Trivial4 Sexaholics Anonymous Runs The Medieval …