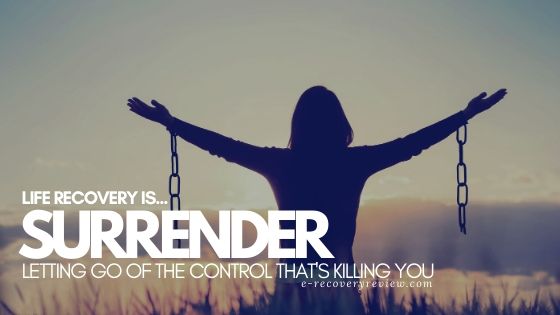 What Is Surrender? Drop Your Addiction, Pick Up Your Recovery

Addiction is not something you can just fight head on and win, that isn’t how it works.

For example: if you’re standing on train tracks and a mile long Burlington Northern coal liner is hauling ass towards your position, it would appear you have two available options…

This is an interesting dichotomy and one that AVRT (Addiction Voice Recognition Technique) is based upon i.e. The Recovered Mind vs. The Addicted Mind (see Rational Recovery article)

Bare with my analogy only a bit further…

You first must recognize that trying to fight the incoming train is not an option, one can sooner hope to halt its progress by lobbing tennis balls at its advance.

Once the “non-option” is accepted you can move on to a new option, or new tracks as it were…

The Day A Stranger Changed My Life

Every Tuesday, like clockwork, I drop my daughter off at ballet.

The studio holds a strict policy: NO PARENTS ALLOWED INSIDE DURING REHEARSAL

Luckily, the little ballerina’s dance shack is smack in the middle of downtown – a quaint little college town mind you – so as can be imagined the hustle and bustle of innumerable and hormonal late teens was a recurring and ever-present feature- naturally excitement was something that never seemed to lack.

This day was different though…

As I exited the building I saw a woman sitting peacefully in a wheelchair. I found myself at a loss in how to describe her countenance. Was it  Grace? Zen? Satori?

Proper labeling aside, I’m confident you’re picking up what I’m putting down…She had a demeanor of contagious serenity, a magnetic pull that drew my feet to her in an effervescent moonwalk that seemed to light up and dim the very squares of the sidewalk as my feet rose and fell upon them, Michael Jackson notwithstanding.

Of course, ever loyal to my own awkward social exchanges, I mumbled something like, “so..what do you got under the hood of this thing, I bet this kitten really purrs.”

She took the bait (out of pity I’m sure) and engaged in what turned out to be one of the most fascinating and delightful conversations in which I’ve had the honor to partake.

She opened up rather quickly, explaining that a drunk driver had left her paralyzed below the waist.

When I inquired as to whether or not they caught the driver, “yeah they got me”, was her terse reply.

Employing my not so profitable defense mechanism, I chuckled, due in part to hilarity as well as horror, however, her air of zen seemed only more pronounced.

(Apparently, the sum consequence of this woman’s drug and alcohol abuse manifested itself in paraplegia.)

“The chair,” she recalled, “was my enemy. It seemed no matter how hard I’d try, how much I’d practice, the chair and I just could not come to an agreement…I’d go left, the chair would go right. I would attempt to stop, the chair had other ideas. Frustrated and defeated, I knew the only alternative was to continue on in my addiction…it felt as if it was my only option”

As the conversation went on it was revealed that she had other options…or more accurately, the acceptance of the non-option.

Capitalizing On The Non-Option

She confessed that she could not master the chair until she accepted the fact that her legs were no longer an option.

For years she struggled against the chair and the accompanying frustration and helplessness all because she was convinced internally that her legs were still an option.

“But,” she remarked with a smile on her face, “amazing things can happen when you accept your non-option.”

Somewhat confused, I just motioned for her to continue…I was curious and intrigued.

Then she asked, “What areas of your life are you acting like your legs are still an option? You can only discover the growth option when you accept and discard the non-option.”

The brain has built-in motivators – abandon option A, naturally the motivation-incentive dynamic of ones biology charts a new course, a new option, a new life – option B.

Thus, surrender is not so much a passive resignation as it is an assertive redirection. Just face the music – your legs are no longer an option (See Article on Acceptance)

Contents1 Is Addiction Motivational Or Volitional?2 Let’s Stop Being So Myopic3 Maybe The Argument For Choice/No Choice Is Trivial4 Sexaholics Anonymous Runs The Medieval …