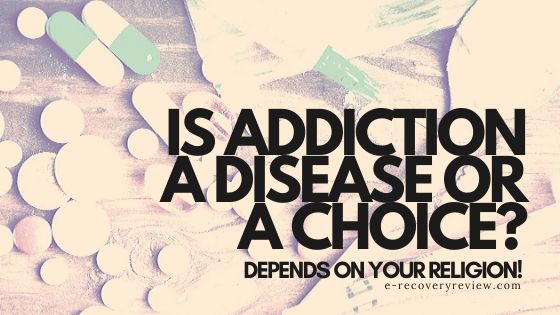 The Disease Concept of AA is Religious

People debate this point even to the extent of becoming irate and enraged, yet no one has yet to stop and consider the ramifications of what I call ‘conceptual evolution.’

What do I mean by this?

The fact the over time words – or better yet the concepts they represent – change meaning. This does not mean the current meaning of a term is a general consensus of all.

Specific worldviews have specific meanings attached to specific concepts. So when you’re arguing whether addiction is a disease or a choice the onus is on you to explain what you by disease and choice!

For example, let’s consider what the ‘disease’ concept refers to in the scientific worldview.

Measurable results through testing and analysis.

Science is based on fact, not opinion, preferences, or that which cannot be empirically verified (verified by the senses). So strictly speaking, philosophical materialism is the worldview, which is the doctrine (teaching) that nothing exists except matter.

The implication is obvious.

Heart disease is a disease because abnormalities exist in the heart which through testing and analysis produce measurable and demonstrable data of precisely what that abnormality is i.e. heart disease.

Whether you made the choice to smoke cigarettes and/or eat copious amounts of salt every day does not matter. The heart disease is heart disease because the data suggests it is. The choice is irrelevant to the diagnosis.

The argument whether addiction is a biological abnormality, usually argued as a type of brain disease commonly referred to as the ‘hijacked brain,’ is not the objective of this article.

Instead, this article regards concepts, and per the scientific worldview, a concept of disease must be specifically demonstrated via clear, demonstrable, and repeatable data as presented above.

The Worldview Determines The Height, Width, and Breadth of The Concept

But what about the disease concept of addiction argued in Alcoholics Anonymous?

A.A. does not share the same worldview as philosophical materialism. Rather, the worldview held by A.A. is spiritualism which is the doctrine that spirit exists as distinct from matter (no, I’m not referring to mediums summoning spirits of dead via seance – relax, kemo sahbee)

Therefore, the concept of disease is not limited to matter – which can be observed and analyzed – but to the spirit as well.

Of course, this obscures a great deal, which is the general complaint of those in a materialistic worldview. It should be stated that this doesn’t in any way break A.A.s system, it must be acknowledged that it’s a completely different system!

And being a different system is logically consistent and coherent in its own right.

Different systems produce different concepts – the frustration is when the same words are used but those words are defined differently (this is known as equivocation in philosophical quadrants).

The word/concept which is our current source of frustration is ‘disease.’

So What Does A.A. Constitute As A Disease

One passage is largely instructive.

Consequently, in this paragraph AA jettisoned the biological as ground zero. Instead, they sauntered to noncorporeal grounds.

If disease can exist outside of matter than the concept of disease had to expand to incorporate this or it has to shrink to accommodate the scientific paradigm.

Either way, the spiritual realm cannot be collected in samples and tested for data – we currently do not have the tools nor metrics to calculate spirit (Insidious and The Further notwithstanding). Ergo, we have meandered onto religious grounds.

If an individual smoked three packs a day and even after financial tolls and decline of physical health continued to put Marlboros in front of their personal welfare and that of their families we certainly have a spiritual sickness on our hands.

I prefer to call it meaning-sickness, for “meaning” or the lack thereof appears to be the culprit in negating or creating purpose and value in one’s own life.

Science can explain what has occurred and to some extent why, however, the latter is where the religious prosper. Even science borrows capital form the philosophical bank to expound upon meaning and thus is in a sense religious.

Does the claim that smoking is a spiritual sickness mean it’s not a biological sickness?

We know that smoking rewires one’s biology and can cause a multitude of diseases.

But the concept of spiritual sickness attempts to identify meaning that scientific data could not locate. Rather than trying to identify patterns, the spiritual concept attempts to define what enabled the pattern to be etched into existence.

Spiritual sickness starts with concepts like loneliness, hopelessness, dysfunctional values (which assumes the very existence of values) and self-centeredness. The corollary being spiritual health i.e. social connectedness, hope, objective values, love-centered, etc., all of which are concepts science cannot discuss without meandering into philosophical speculation.

In this speculative zone A.A. largely dwells. And the reasoning is that this zone is so crucial that it becomes the linchpin of chaos and order, the nexus of fate and nihilism, and the platform for love and passion.

It’s undeniable that man will search for meaning, but will he arrive at fulfillment?

When the meaning-tank is on empty the spiritual sphere labels it diseased.

When it’s full, it’s a spirit-filled and healthy personality which is jam-packed with meaning, purpose, and value.

It’s obvious this spiritualized concept of disease is in a different universe than the concept laid out in scientific worldview. To argue between two irreconcilable and incompatible worldviews is like trying to jam a square peg in a round hole.

There is nothing which proves one worldview over the other, instead, it’s personal preference.

Maybe it’s time to practice one of the most unusual principles for the human ego: tolerance, yet after all, that too is a religious concept. 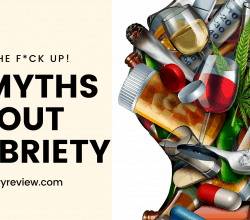 I always found IQ tests a bit underwhelming. In the movie Interstellar the main character Cooper, played by Matthew McConaughey, was informed that his …